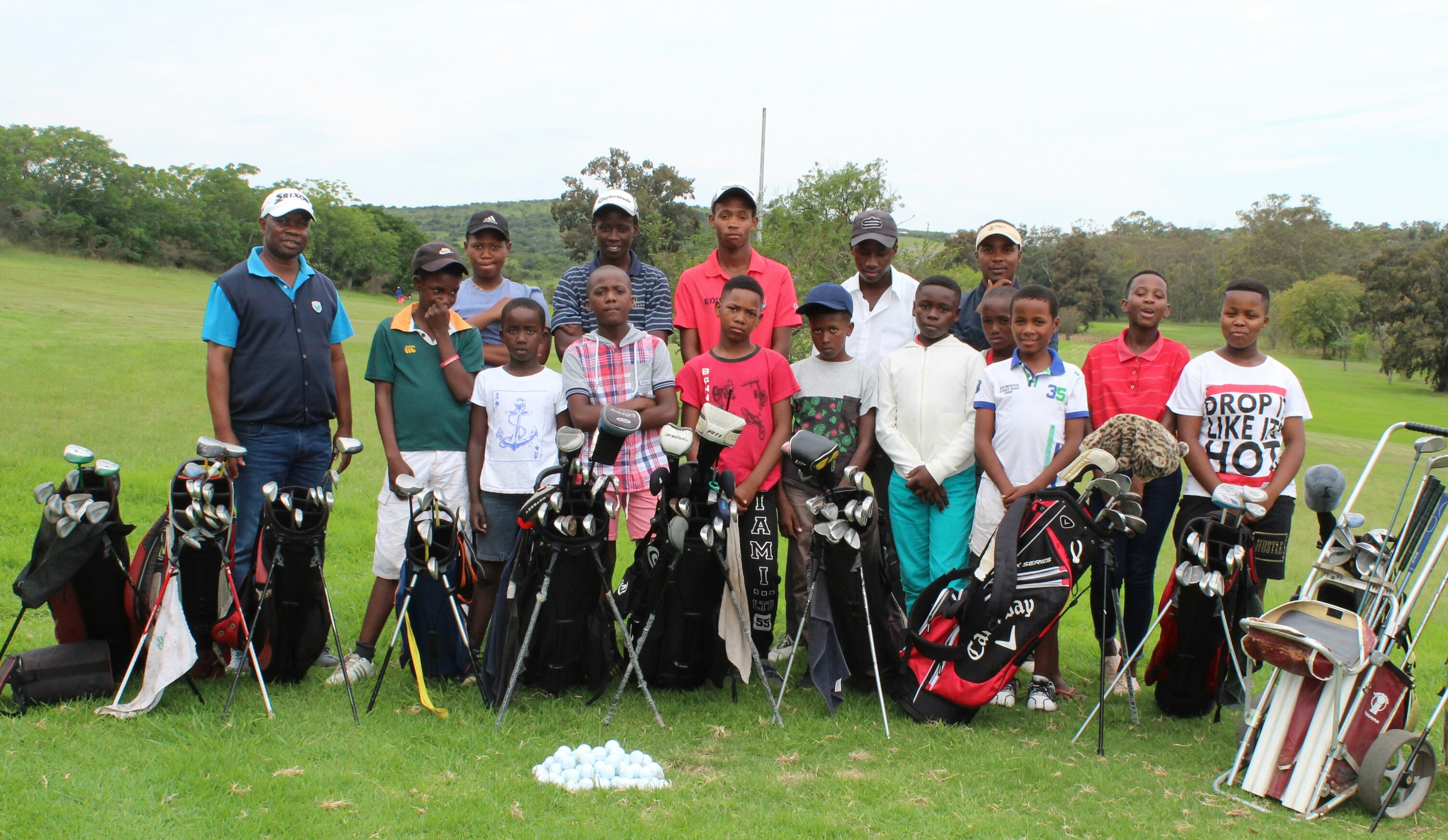 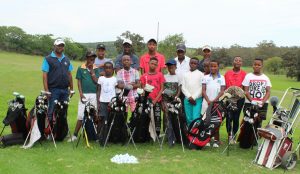 Pic caption: Former player and now golf coach Ben Jonas ( far left ) with some of the children he coaches.

Mention the township of Ginsberg in King Williamstown and what come to many people’s minds is not only the rich history of sports but also political activism where doyens such as world venerated stalwart like Steve Biko came from. Those who grew up in the 70’s and 80’s, like legendary golfer Ben Jonas, who was one of the first black golfers to turn professional in 2008, will attest to the township being one of powerhouses which excelled in many sporting codes and produced many heroes.

“When I was growing up Ginsberg was a sporting community and infested with talent as it produced former black Springboks, national boxing professionals like Ruben Matewu and Nkosomzi ”Blue Jagua” Moss, professional golfers like Irvine Khwelani and cricketers as well. It me made proud to have come from such an iconic place because through sports our township was placed on a national platform. I got involved with golf by being a caddy when I was young so that I can get some pocket money. Much later I decided to follow it as career, but it was difficult then because the political climate prevented us from doing so,” he said.

Going down memory lane and comparing with the status quo in the area, Jonas cannot help but feel aggrieved about what the township has degenerated into. Youth inactivity in sports and the lack of support from other stakeholders encouraged him to take a stand and do something about it.

“After playing professionally for about 5 years I decided to quit because of unaffordability as golf is an expensive sport, I then joined the South African Golf Development Board so that I can give back to the community and it has not been a walk in the park. We never had any support financially from anyone instead when we approach government for simple things like cutting the grass at the King Golf club they will give you a run around for something that simple. They do not seem to care about what we do here and to us its very important because we do not only coach golf but also instil discipline so that they become young people with good standing in the community,” he said.

It pains him that there are no sports facilities in Ginsberg and that it puts the children in danger because some of the children he coaches are as young as 10 years old, and sometimes they have to walk about 5 kilometres to and from the golf course because of lack of these facilities.

“Our government has lost the plot because today it’s all about them and their families, you ask yourself if this is the freedom we fought for,” moaned Jonas.

MGXAJI NEEDS TO BE PROPERLY RECOGNIZED

GALADA WAS A MAN OF GOD TAKEN TOO SOON

MGXAJI NEEDS TO BE PROPERLY RECOGNIZED

RURAL FESTIVAL PROVING TO BE A HIT WITH COMMUNITY

BCM NEEDS A PLATFORMS TO FOR LOCAL STORIES

This website uses cookies to improve your experience. We'll assume you're ok with this, but you can opt-out if you wish. Accept Read More